Quintessentially Spanish, Goya is the first of the modern artists. He painted, drew and etched the world of dream and reality, sunlight and shadow. 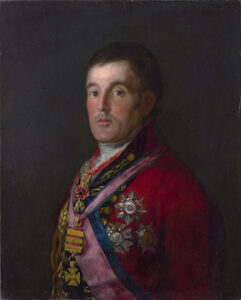 An artist of unparalleled sensitivity to the psychological complexity of what it is to be human; like Rembrandt and few others his people breathe the same air as we do and come alive in all their vulnerability or pride as we stand before them.

He is also one of the very greatest manipulators of any of his chosen means of expression: he knew how to suggest the sheen on a blue silk dress, the wayward curl of a lock of hair or the eyes of one who has seen things beyond telling. Michael will be bringing to the lecture a number of original etchings by Goya

The Duke of Wellington

Better known as a manufacturer of unique Art Deco Glass, Lalique was also a jeweller of great imagination and skill. 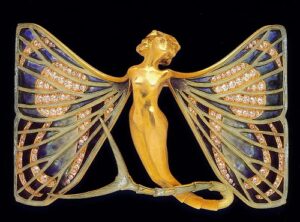 His work which features the sinuous curves and natural references so prominent in Art Nouveau design was a revelation to the small circle of cognoscenti who purchased his work. Not for him the great slabs of jewels so favoured by the great jewellers of the rue de la Paix, but for him the malleability of unconsidered horn with its translucency set off with a light powdering of diamonds. More dramatic and lavish were the jewels made for Sarah Bernhardt which represented wildly imaginative designs with some macabre elements. Calouste Gulbenkian, one of his most enthusiastic patrons said, “He ranks amongst the greatest figures of art of all time and his masterful touch…… will delight future cognoscenti”.

This from the man whose motto was “Only the Best”. 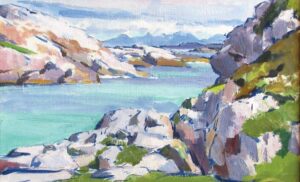 Twigs Way – The Sunflower in Art and Culture

The Sunflower in Art and Culture

Worshipped by Aztecs and Aesthetes and cultivated by Impressionists the sunflower casts its golden rays across art and culture. 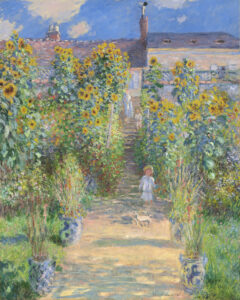 A personification of the divine and the regal, we trace its history from classical myth to twentieth century painting via Van Dyck and Van Gogh, Clytie and Klimt, Monet, Wilde and Watts.

Green and gold, human and divine, the adoring and the adored,  the Sunflower.

The Mona Lisa and Other Housewives: How Portraits lie about their Sitters

How did Leonardo transform the ordinary housewife and mother of two into the icon of mystery which is the Mona Lisa, when other women, more distinguished and beautiful than her, come across as just virtuous, or shrewd, or marriageable? 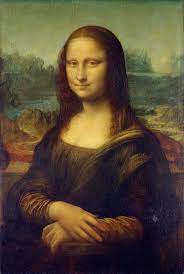 How did unpopular or undistinguished men come down in history as figures of valour, status or importance?

What do marriage portraits tell us about the perceived place of men and women in society?

We will look at the subtle ways in which artists manipulate likenesses to respond to the ideas and values of their times and the whims and vanities of their patrons.

Ralph Hoyle – Mid 18th Century English Rococo silver, its social context and the adventures of its owners and makers.

I am forwarding a rather flattering picture which I trust will meet your requirements. 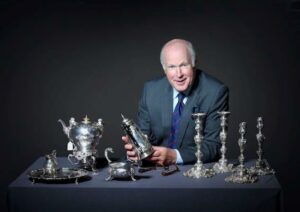 I will be bringing with me a piece of silver ,which I am going to talk about, for the listeners to handle and examine, while I explain its purpose in eighteenth century culture, its design and decoration, and the through the heraldry explain how I found out who the original owners were and the misfortunes that befell them. Hopefully there will be a few laughs on the way!

Anna Bianco – Behind the scenes curating the museum.

How long does it take to put together a major exhibition? 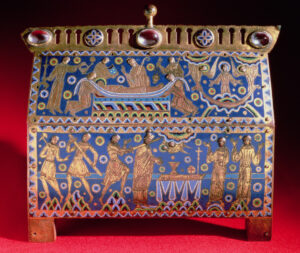 Who decides what subjects will be explored and which objects will be included? How do you get an object from the Vatican to the British Museum?

In this lecture members are offered a behind the scenes insight into the process and drama of putting together a ‘blockbuster’ exhibition. Drawing on her experiences at the Wallace Collection, Courtauld Institute, British Museum and her own gallery – Anna will share the trials, tribulations and joys of getting from the idea to the opening night.

The lecture also explores the contrasts between exhibition and permanent display curating. Behind the Scenes offers members a chance to discover a range of practicalities from packing crates, climate control and even insurance – that open the door on to the inner workings of a museum.

The Gem from the Sea: Precious Pearls in Art and Treasures from 4th Century BC to the 21st Century – Hanne Sutcliffe

No gemstone can rival the pearl for mystery and subtle beauty. A naturally perfect jewel that requires no cutting or polishing. The pearl is one of humanities oldest ornaments and one of its deepest obsessions. Throughout history Sultans fought wars to search for pearls, priests made the pearl a sacred icon, royal heads wore them, and artists celebrated its purity, luminescence and seductive charm. Pearls are found in graves from ancient Susa, were worn by Indian Yakas goddesses, seen in abundance on Roman ladies. Byzantine rulers ordered pearl encrusted jewels and by the Renaissance the Spanish galleons carried hoards of pearl-filled chests to this continent which started the “pearl craze” among the glittering royal courts in Europe.

The scene of Nativity is one of the most recognizable themes in the western art. 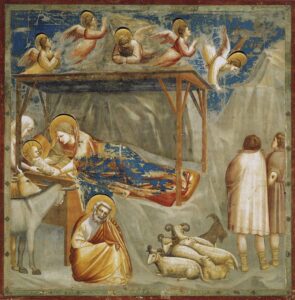 However, prior to the middle ages, the artists were more focused on the Magi and the scene of Epiphany. The Nativity tableau, as we recognize it today, was established only in the 13th century, arguably as a consequence of the power-struggles between the popes and successive Holy Roman Emperors. Using the art of Giotto, Botticelli, van der Goes, Rubens and others as illustrations, the lecture explains the origins and the social history of the beloved scene.