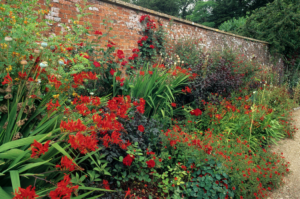 In 1888 Gertrude Jekyll wrote a short but seminal article in The Garden in which she urged the readers to “remember that in a garden we are painting a picture”.  As an accomplished watercolour artist, Miss Jekyll was familiar with the principles of using colours but she felt that in gardens these principles “had been greatly neglected”.  This talk looks at how to apply these principles in designing a border but it also looks at the ways in which a border is different from a painting.  However, it goes further than this and looks at how contemporary work of the likes of Turner, Monet, Rothko, Jackson Pollack, and Hockney evolved in parallel with ideas about what a garden or border should look like.

Lecturer’s Note:  Since 1986 I have given 1,500 public lectures. This talk was originally part of my work as director of the Oxford University Botanic Garden from 1988 to 2014.  Botanic gardens are often described as living museums, and garden curators lecture about them in the same way as museum curators talk about their collections.  Since 2014 I have been a college lecturer and tutor at Somerville College Oxford.  Gardens are often thought of as a place where science and art meet on equal terms.  My lectures investigate this relationship.